About the William F. Harrigan Society 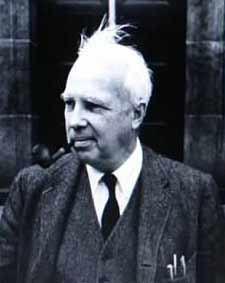 Dr. Harrigan was born in Bronx, New York,  but moved to Lindberg, Long Island at an early age.  He attended High School in Lindberg.  His father was a house painter; he did not come from a privileged background.   He played football in high school.  He then attended Georgetown College for two years before going to Pennsylvania University where he attended dental school and got his degree in 1938.  He did post graduate work at New York University.  There he did numerous cleft palate surgeries.  He then went back to NYU to get his BS degree while working as a general dentist.  He got into medical school  and graduated from NYU Medical School in 1942.  He then did  a residency in general surgery at Meadowbrook Hospital in Nassau County.   He was called to go into the army during WWII and was assigned to the Lenox Hill Unit which was sent to England to work with the Third Army Division which was General Patton’s Unit; Patton was one of Harrigan’s favorite people.    There he worked with the Maxillofacial unit  for injured soldiers.   On discharge from the army he came back to New York and managed to get a job at NYU Dental School in the Oral Surgery Department.  Dr. Leo Winter, the head of the department, died in 1950 and Harrigan took his place.    He also took over the oral surgery training program at Bellevue.

Dr. Harrigan took a program that was largely devoted to exodontia and  he advanced oral surgery in New York City until it became a full-fledged surgical specialty.   He had to fight all the competing medical specialties as well as many in the dental field who did not have his vision for the future of oral and maxillofacial surgery.   While other parts of the country permitted oral surgeons to make skin incisions and do advanced trauma and facial surgery, New York was very reluctant to allow oral surgeons to have full membership in the surgical community.  Dr. Harrigan was a very conservative surgeon and was reluctant to move into some of the cosmetic and elective procedures that we now take for granted, but he fought tirelessly for our right to do the work we were educated and trained for.

He expanded the program to include a rotation to the Meadowbrook Hospital(now NUMC) which eventually became a separate program.  He was active on the American Board of Oral Surgery where  he was an examiner.  He had a reputation as a no nonsense, gruff individual who devoted his entire life to the advancement of oral surgery.   He was fiercely loyal to the people he trained and many of his trainees developed a life-long relationship with him.    He started a tradition of returning to New York once a year and this led to our alumni association which became the William F. Harrigan Society when he died in 1982.

Upon the untimely death of Gerard Cozzi in 1990, a fund was initiated in his name to honor him by providing monies for educational assistance to trainees from the original member institutions of the Bellevue Oral Surgery Alumni/William F. Harrigan Society.

In 1993, the membership eligibility was expanded to graduates of the original core programs: NYU/Bellevue Hospital, Nassau County Medical Center and Columbia University. In the same year, the organization became the William F. Harrigan Society. A second award was also instituted, the William F. Harrigan Award , which was to be given to suitable candidates that reflected Dr. Harrigan’s philosophy and his contributions to the field. In 2004, the planned expansion for membership eligibility was formally initiated through the inclusion of the University of Medicine and Dentistry of New Jersey, the Hospital of St. Raphael, the Montefiore Medical Center, and the Long Island Jewish Hospital as full member institutions of the Society.